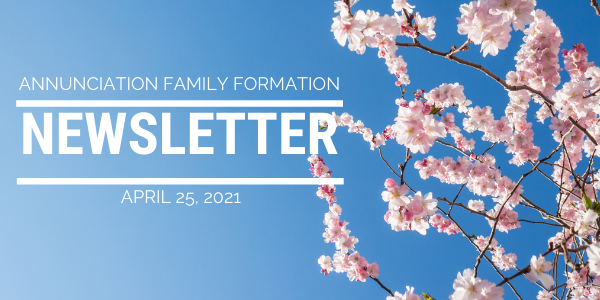 This Week’s Readings at Mass
▶ Acts 4:8-12 - The stone that has become the cornerstone
▶ 1 John 3:1-2 - The children of God
▶ John 10:11-18 - The Good Shepherd
In Jesus’ time and culture, raising sheep was such a common vocation that it was easy for Jesus’ listeners yo identify with metaphors about sheep, flocks, and shepherds. Many stories, parables, psalms, and commandments in the Old Testament revolved around sheep and shepherds. You might think here of Psalm 23: “The Lord is my shepherd, I shall not want...”
Jesus also told stories of sheep. The parable of the shepherd who left 99 sheep in order to search out the one lost sheep is one of the most famous. In that story, Jesus equated God with the shepherd who did everything in his power to bring the lost sheep safely home.
In today’s gospel, Jesus is even more direct. He identifies himself as the ultimate good shepherd who is willing to die in order to protect the sheep. He is clearly equating himself (the Good Shepherd) with the Father who is also the best of shepherds.
Jesus’ main point here is that he is willing to voluntarily sacrifice his own life for his sheep. No one forces him to be crucified. In fact, during the Passion reading in John’s Gospel, John makes it clear that Jesus could get himself out of his predicament if he wanted to; in short, he does not have to die. If Jesus escaped, however, he would be like nothing more than a hired hand who runs away when he sees a wolf coming for the flock. Jesus tells us ahead of time that he is willing to stand fast, and that he will not abandon his sheep, even if it means he will die for them.

If you were unable to make it to Mass today, please watch Mass from Annunciation on our FB LIVE STREAM. 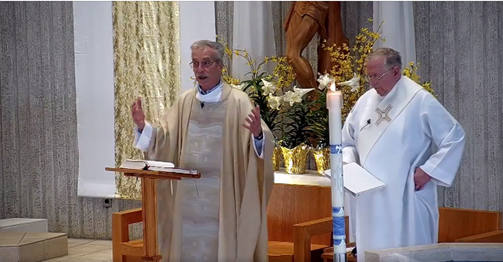 Hi everyone!  If you've been keeping up with the schedule... this is your LAST WEEK. YOU DID IT!

Well, almost everyone... if you are in 2nd or 3rd grade, you have one more week.

And, if you are a little behind, don't worry! As promised, we are very flexible this year. I will not be closing out the year and marking the permanent record cards for a little while longer. If I were to keep them open until June 15th, would that give everyone enough time?

If you are concerned that you will not be finished by 6/15/21...Please let me know by emailing me at annunciationre@gmail.com.

For students who completed assignments with a textbook. We will be collecting your completed workbooks on June 6th from 8am - 12pm. If for some reason you cannot bring them to us on that day, we will leave a bin by the gym door to drop them off (after 6/6).

Again, congratulations on completing what can only be described as an "interesting" year in faith formation. We look forward to SEEING you next year!

Next year we will be adding in more opportunities for in-person meetings but will continue to offer options for remote. We are moving back towards our family model from two years ago with modifications for hybrid learning. Our program includes in-person AND live-streaming of our monthly family talks, live AND ZOOM options for family discipleship groups, on-site sacramental prep, and options for high school students to meet on campus in discipleship groups or virtually. More details will be made available as we open registration in June.
Sent by Melissa Weisenburg on Sunday, April 25 at 2:56PM